I made this cake for Tasha’s birthday last weekend, and it was one of the most enjoyable chocolate cakes I’ve ever had. It had a rich chocolate flavour without being too overpowering, and the Swiss Chocolate Mousse was a delicious “icing” counterpart. I think what’s so great about this cake is that the “icing” is actually a Swiss chocolate mousse.  That means, it’s much lighter, fluffier, and isn’t nearly as sickeningly sweet as some more traditional buttercream icings. I was pleasantly surprised with how well it paired with the cake, and happy that I wasn’t adding a ton more sugar to the icing. You could eat a decently sized slice of this cake and not go cross-eyed from an overdose of sugar.

I can’t, however, take credit for the chocolate cake, as I use the recipe featured on Just a Spoonful Of... It was the perfect chocolate cake, though! Rich, moist, and chocolatey, with the perfect texture. They did rise up a bit too tall in the middle though, so once they had cooled, I just levelled them off by cutting off the dome with a serrated knife. I wrapped the cakes in plastic wrap and placed them in the fridge overnight until I was ready to mask the cake.

Saturday morning, the day of Tasha’s birthday, I made the swiss mousse, masked, and decorated the cake. This recipe is adapted from the recipe that I used at George Brown College. It has slightly more milk chocolate than the original. I think the reason that this mousse doesn’t get to sweet is mainly because of the fresh cream, but also because 1/3 of the chocolate used is dark chocolate.

* Note: The cream is split into two quantities so that the first amount can be used for ganache!

Here’s a look at how my cake came together:

I realized that I didn’t exactly have a turntable to mask the cake on, so I ended up just doing it on the cake stand and it actually turned out quite well! I made a little bit of a mess on the lip of the cake stand, but was able to just do a quick cleanup at the end and it looked just fine.

After the cake was masked, and I was happy with how it looked, I proceeded to decorate the cake. I had an image that I was trying to recreate for this cake, but I found that the Swiss Mousse isn’t great for intricate details, so maybe try and keep it more simple with your decorating. Alternately, some chocolate decoration would be great for a cake like this and would create a lot of visual interest!

I wasn’t entirely happy with how the piping came out, but it still made for a great tasting cake!

After the cake was decorated, I had the challenging task of getting it over to Ben and Tasha’s. I kept the cake in the fridge in order to firm up the mousse before I transported it, and I think that ended up being a good call. I ended up putting some toothpicks in the cake where they couldn’t be seen, and wrapped it in plastic wrap right on the cake stand. I then proceeded to walk right out the door and on the subway just holding the cake by the stand. Thankfully, I didn’t trip or get bumped into and the cake arrived in one piece!

As a bonus, if you have any of the Swiss Chocolate Mousse leftover, take the tops that you cut off of your cake and make a trifle with it!  I made trifle for Nick and myself a few days after I made the cake, and the leftovers were still so moist and the Swiss Mousse was in perfect condition.

Definitely give this cake and mousse combo a try, you won’t be dissapointed! 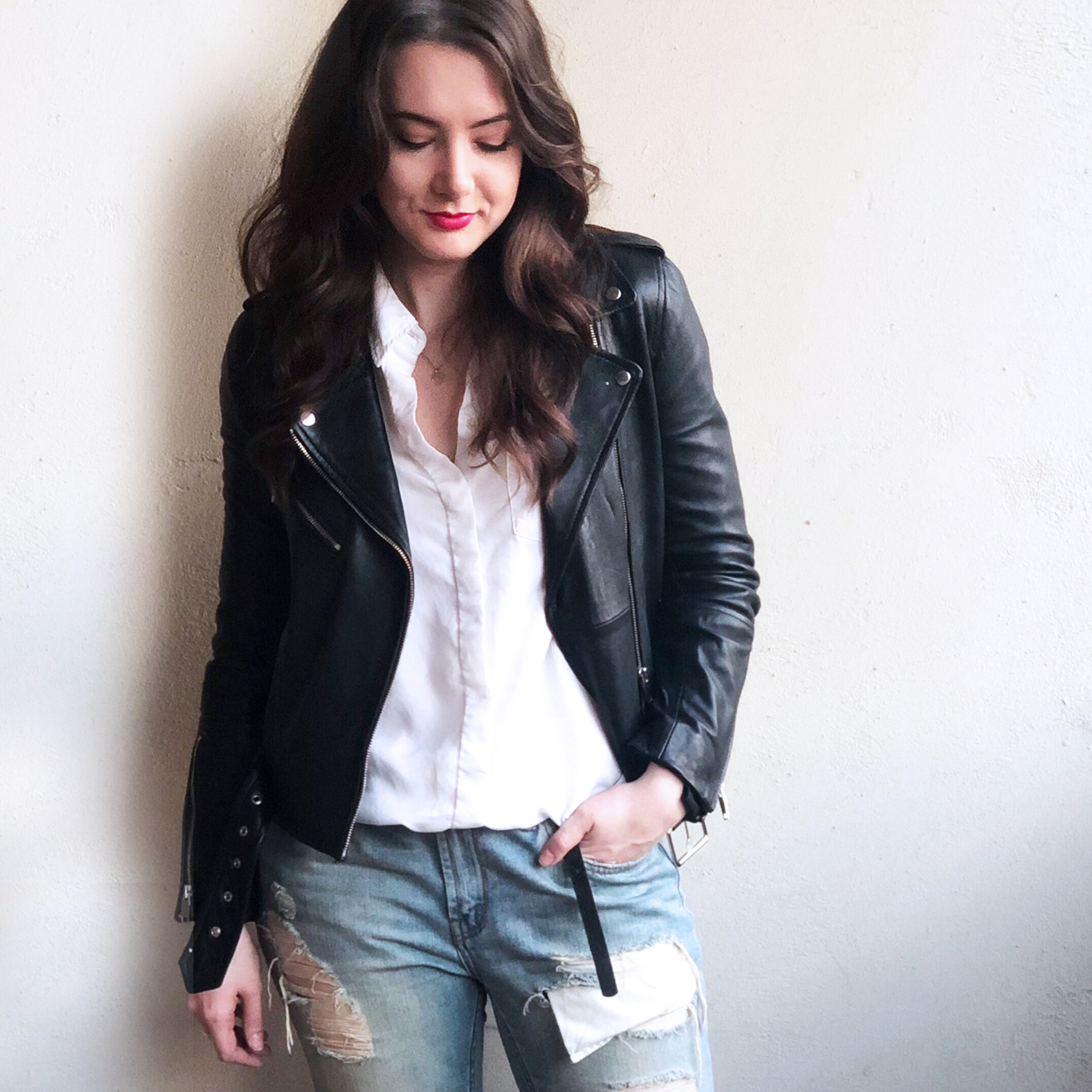 For almost five years now, my Saturdays have alway

After sending out some of my own watercolour postc

Put together this DIY earring box a couple weeks a